Mark and Orelia jumping in line.

Metaphotography. Photo of Mark photographing the line to get in the rally. We got in the line at the echo tap. The entrance was up near the central library. Later I'll put in a map. 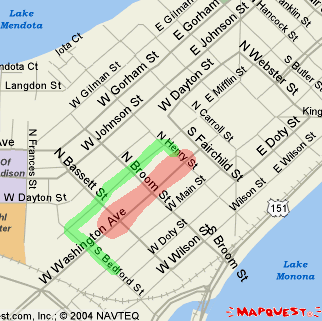 A map. The red is a solid mass of people at the rally. The green is is the line to get in, as far as I know it went. there was another line for VIPs. I don't know how long that one was.

Photo of speaker (a red dot), who might be Russ Feingold. Taken with the telephoto adapter.

There was a screen closeby. Here is Dave Grohl on the screen. He's not much of a speaker. Without the whole band, he is only rocking at 50% efficiency.

Kids in a tree. Everybody likes kids.

The back of Mark and Orelia's heads.

Kerry on the screen.

Without the telephoto lens---what we really got to see.